How much is the Jemima Puddle-Duck 50p worth? 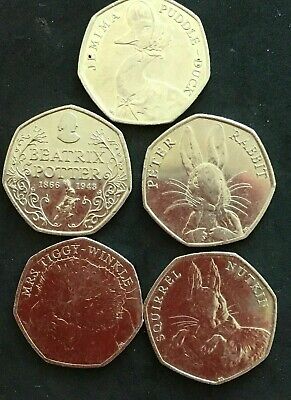 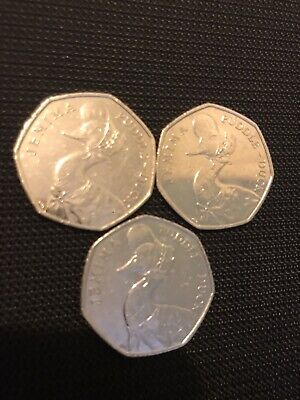 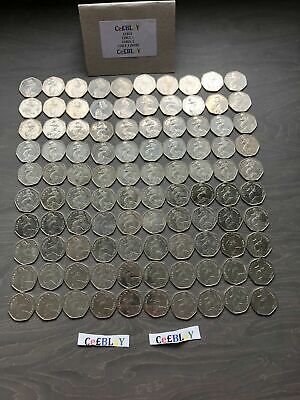 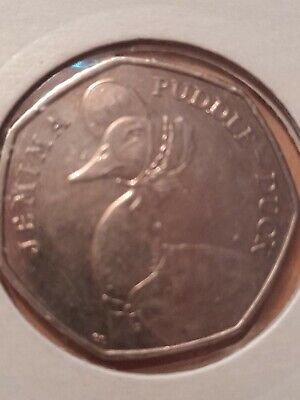 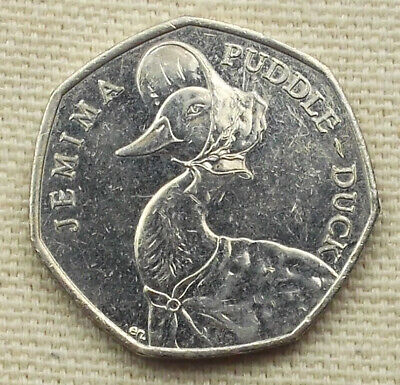 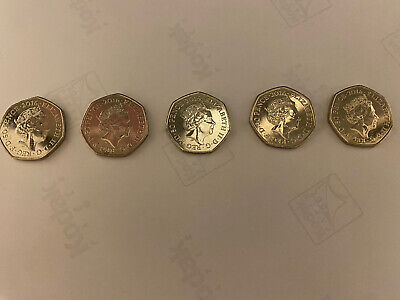 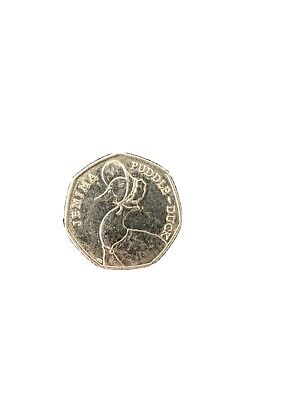 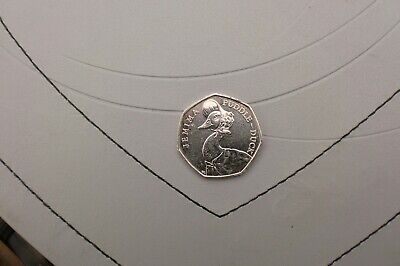 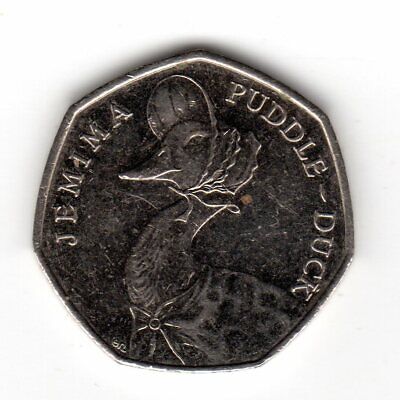 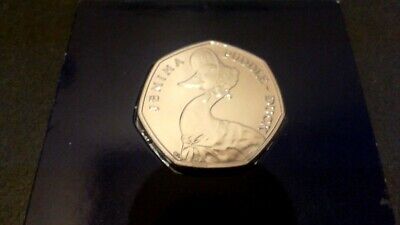 Is the Jemima Puddle-Duck 50p a rare coin?

Jemima Puddle-Duck is the most highly sought-after 50p in the Beatrix Potter Series. 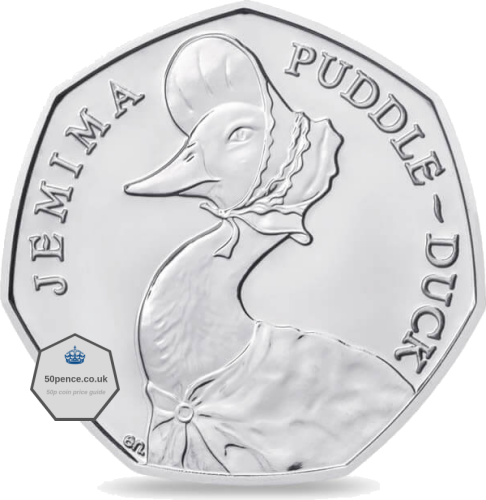 Below are recent eBay Sold Item Listings for the Jemima Puddle-Duck 50p.
Click the "View on eBay" button to see the Original Listing. 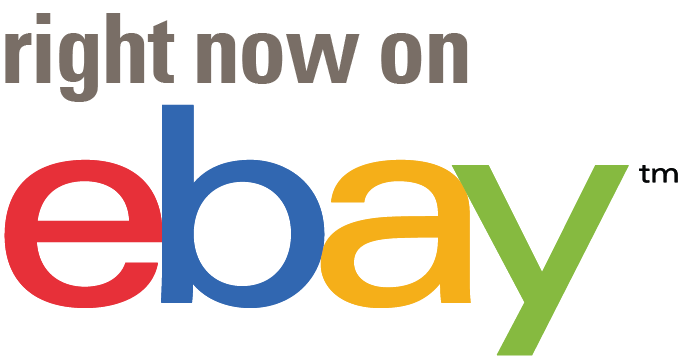 Celebrating 150th Anniversary of the birth of Beatrix Potter. 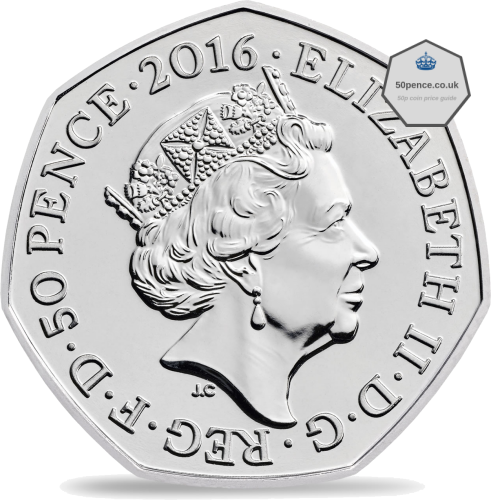 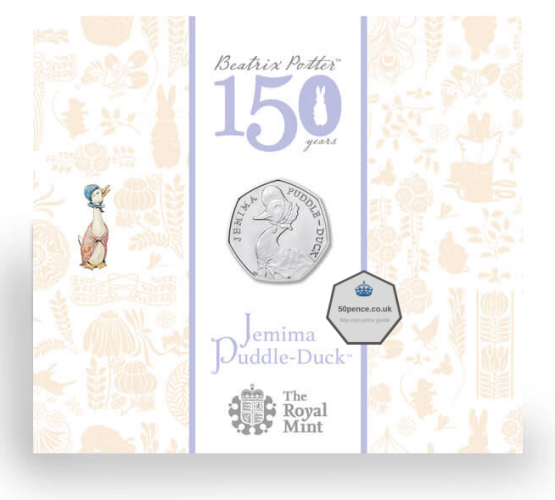 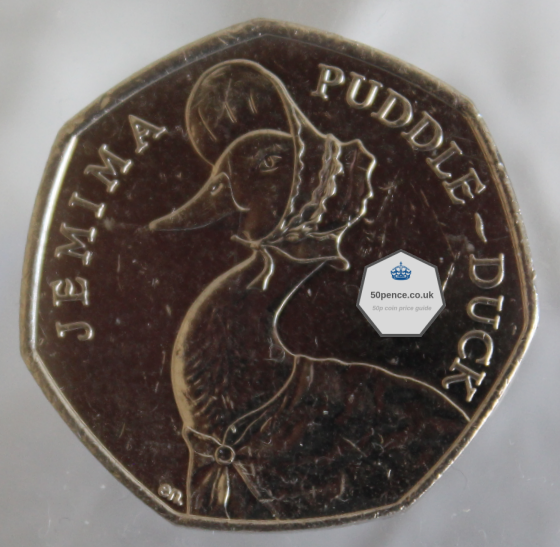 The Jemima Puddle-Duck 50p has a Rare Coin rating of Less Common based on 2,100,000 coins minted for general circulation.
LEP = Limited Edition Presentation
MCM = Maximum Coin Mintage (the difference available for other presentations such as proof coin sets or coin and book sets)

The Jemima 50p was also available from some Banks and The Post Office in coin bags.

Although usually in better condition that coins from general circulation, they can still show some damage from knocking together in these bags. 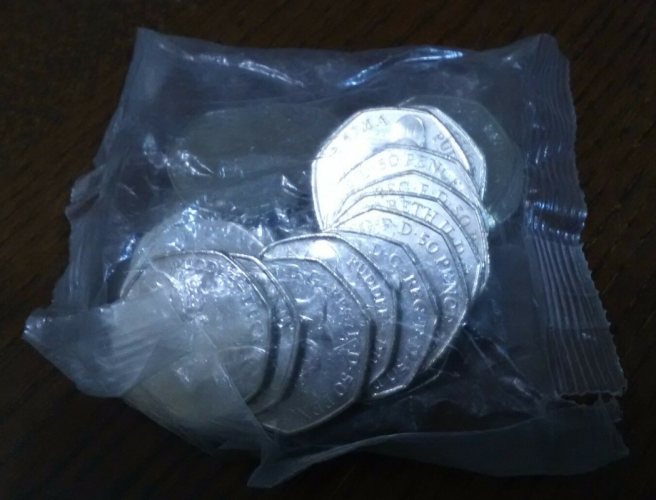 Some eBay sellers describe these coins as “BU”, “Brilliant Uncirculated” or “uncirculated”.

In Numismatic terms (coin collecting), BU means Brilliant Uncirculated the coin was purchased directly from the Mint that made it, usually in special packaging.

Even a BU coin will not be as good as a Proof coin, but will certainly better than one that has been in a coin bag or pocket change.

Use this page to learn the difference between what is on offer from eBay sellers and pay the right price accordingly.

A circulated coin, even from a coin bag, is never worth as much as a true BU coin in it’s original coin pack.